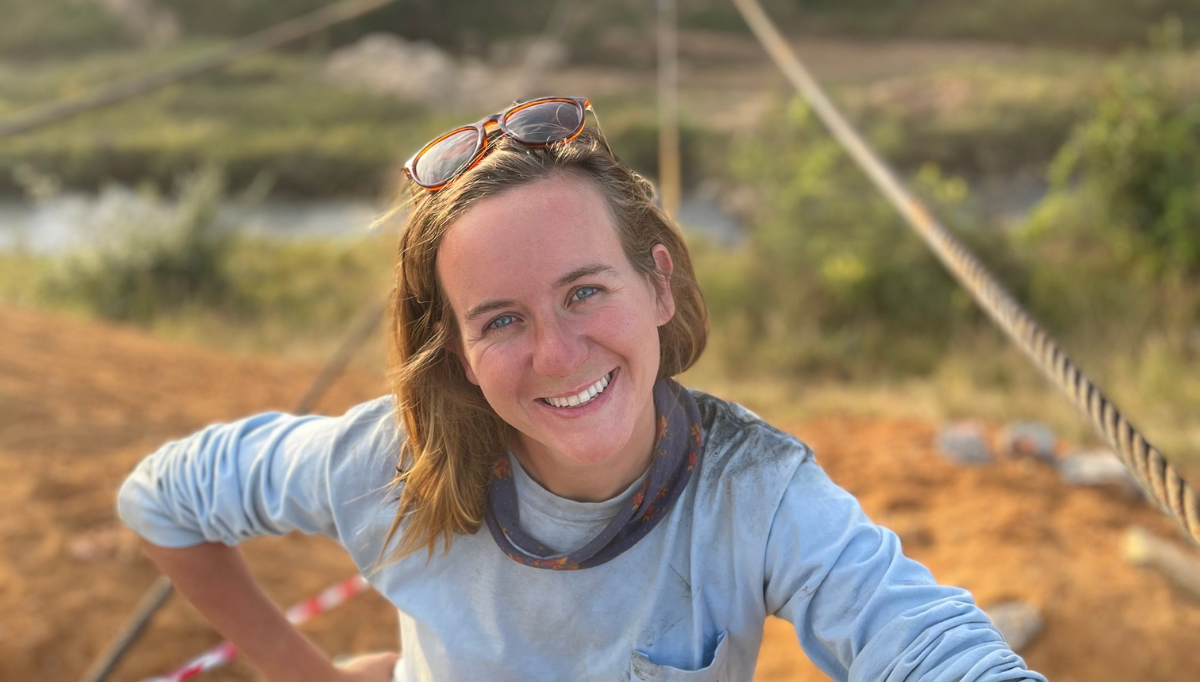 In developing world countries, sometimes a bridge alone can provide access to the infrastructure we take for granted in the United States – education, healthcare, and a livelihood. Skutt Catholic’s 2022 Alumna of the Year, Brittany Margritz ‘15, is building bridges to empower these underserved communities.

Since 2020, Brittany has served as the bridge program manager for Engineers in Action (EIA), managing field operations and overseeing construction of pedestrian bridges in the Kingdom of Eswatini, a small landlocked country surrounded by South Africa.

She says the EIA mission aligns with Skutt Catholic’s mission to Make a Difference. “Making a Difference to me has always meant using my skills and education to create a world where all people have equitable access to opportunity.”

“My work with EIA and rurally isolated and often impoverished communities does this in a way that not only provides a much-needed resource – a bridge that increases the safety of people crossing dangerous rivers – but also goes beyond to empower these communities,” she continued.

A love of math and science led Margritz to the realization that engineering was the best way to make an impact with her skills. She took an AP Physics class at Skutt Catholic and says she really enjoyed the challenge.

Her love of service work began while at Skutt Catholic, participating in many of the service trips to Rosebud Indian Reservation and Port au Prince, Haiti. Margritz was the class of 2015 valedictorian, a National Merit Finalist and a Presidential Scholar Semifinalist. She also received the Living the Gospel award at Baccalaureate.

Brittany graduated with a degree in Civil Engineering from the University of Notre Dame in 2019, where she was on the dean’s list for five semesters. That same year she earned EIA’s 2019 Bridge Builder of the Year, an award given to one student out of all the student chapters involved in the organization.

Committed to community-driven construction and international development, she has worked as a construction intern for Habitat for Humanity; as a non-profit community consultant in Nebaj, Guatemala; and as part of Engineering2Empower, a student research group at Notre Dame studying earthquake resilient housing in Léogâne, Haiti.

She has worked with EIA since 2016, first as a student and later as staff. As a college senior, she served as project manager for her EIA student chapter in rural Bolivia, where she spent eleven weeks building a 97-m suspended bridge and eating copious amounts of llama intestine. She was so hooked that immediately after graduation, she accepted a position with EIA and, three weeks after returning home from Bolivia, she flew to the Kingdom of Eswatini.