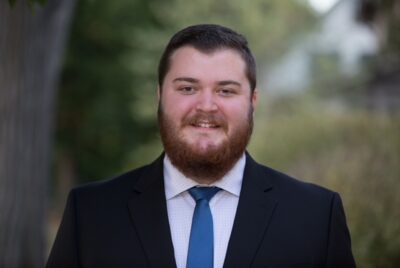 Patrick Fenner ’16 is at the Novitiate of St. Alberto Hurtado in St. Paul Minnesota in formation to be a priest with the Jesuits. Since Patrick has been on the 30-day silent retreat which is a part of his formation, we were not able to get his direct answers for this seminarian spotlight. However, we still have some spotlight details to share. 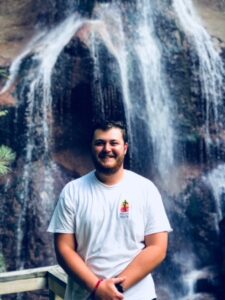 SERVICE-MINDED: Patrick has been on a large number of service trips, which were a significant part of his experience at Skutt Catholic. He went to Haiti, Guatemala, and has served as a leader on our Rosebud Service trips.

DECIDING TO PURSUE THE PRIESTHOOD: Patrick’s involvement with One Heart, One Fire Ministries allowed him to hear the voice of the Lord inviting him to pursue the priesthood back at his time at St. Wenceslaus. It was through continued formation, his friendships at Skutt Catholic and Creighton University, and the witness of many priests in Patrick’s life that have allowed him to begin this formation process to the priesthood.

FUN FACT: Unlike our other two seminarians for the Archdiocese of Omaha, Partick’s formation didn’t start until after his undergraduate graduation and will take at least 11 more years.